Scott is proud to have practiced law in the state and Federal courts of Kentucky and Indiana since 1996 and has advocated for thousands of clients inside and outside of the courtroom to help them obtain justice and compensation and to assist them with resolving their legal issues and problems.

Scott brings a vast and varied amount of experience and knowledge to the table when representing clients.  After graduating from law school more than 20 years ago, he practiced law with a Kentucky State Senator in a general practice law office that allowed him to practice at all levels of state and Federal Courts in Kentucky and Indiana and 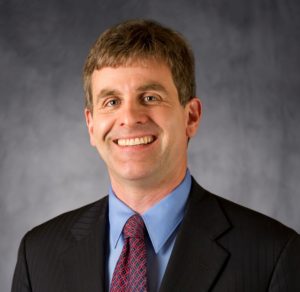 to run the gamut from defending persons accused of crimes, representing injured persons and small businesses and conducting hundreds of real estate transactions for large area banks.Beyond representing clients, he assisted with political matters and campaigning that provided him with much insight about the workings of government and the legal system.  He then accepted a position in a corporate setting representing health insurance company powerhouses with large dollar claims and from there landed a position as a state prosecutor where he prosecuted felony and misdemeanor offenses in court.

Wanting to practice law with a client emphasis and result driven focus rather than the billable hour, he founded his own law practice in 1998 and has never looked back.  Since then, he has become an accomplished and seasoned litigator and has had the great pleasure of providing real people and small business with the personal attention they deserve while helping them navigate through difficult times, defend against wrongful accusations and obtain much deserved compensation.  He went to law school to help people and that has become his life’s work.  He has had many satisfied clients through the years for whom he has obtained many good verdicts, recoveries and outcomes.  Other lawyers have recognized Scott’s work by rating him highly for ethics and client ability in lawyer surveys and entrusting him with client referrals.  With the formation of Abell Rose, he can better offer more client options and resources while providing the same level of quality and compassionate legal services as always.

On a personal note, Scott grew up in Lebanon, Kentucky and moved to Louisville to attend Bellarmine College. During high school and college, Scott worked as a DJ for his hometown radio station and was a member of a country band.  Scott is happily married and is the proud father of two daughters. During his spare time, he enjoys playing guitar, running, reading, traveling, watching movies, spending time with his family and friends and drinking coffee. He is active in his community and regularly donates time and money to his church, charitable organizations and his alma maters.  He has also served as an elected City Commissioner in his former neighborhood and as a Board member of the Northeast YMCA.

COURTS IN WHICH ADMITTED TO PRACTICE: